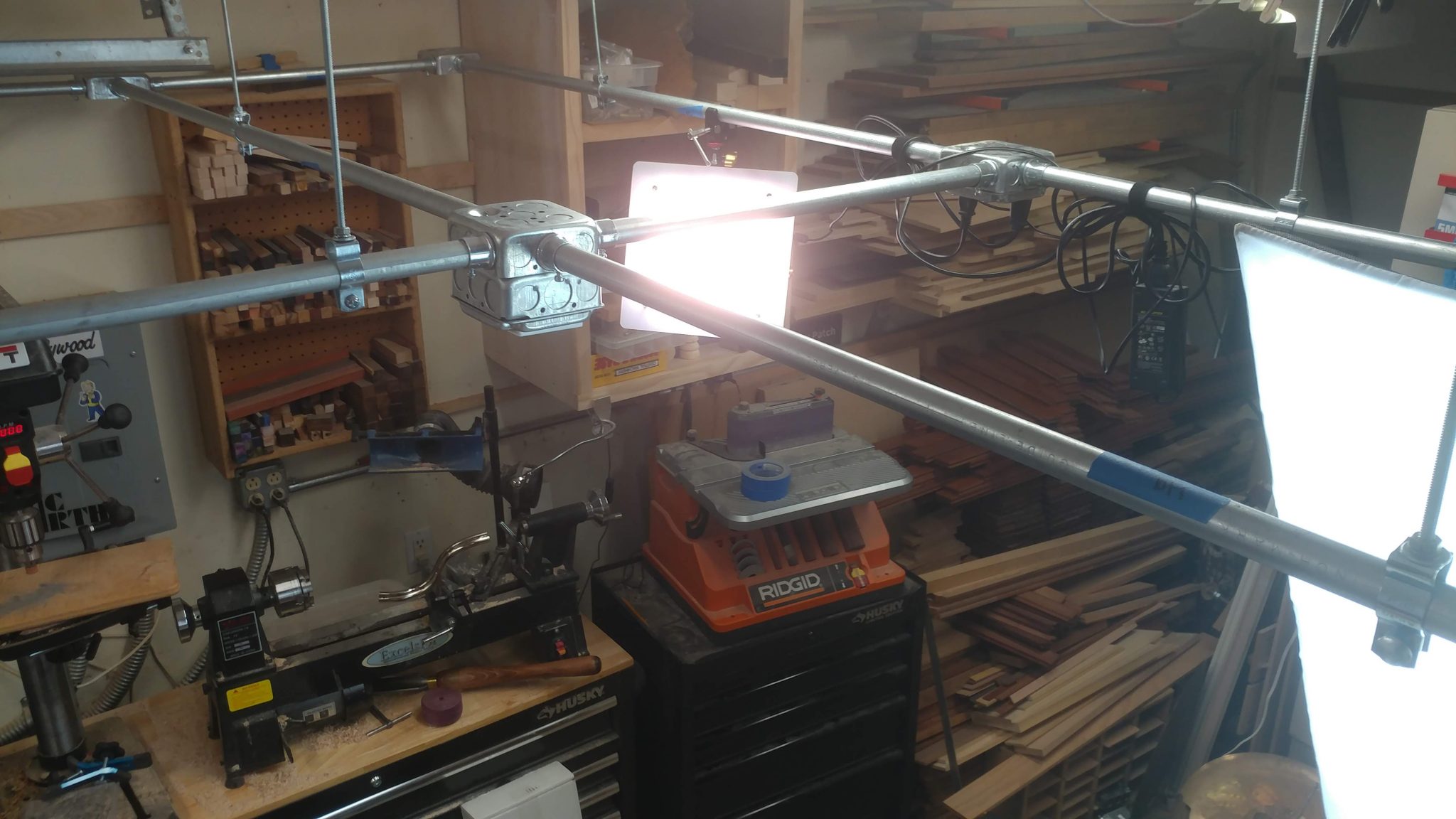 I Finished the Light Grid!

My hatred for tripods has driven me to build a light grid for my shop.

The light grid was built from 3/4″ metal conduit and electrical junction boxes.  I added outlets to nine of the junction boxes, three of them with USB connections.

I still have a little tweaking to do.  Some of the vertical threaded rods are hanging at an angle so they need to be re positioned.  I’m also going to add some support to the sides of the grid so it doesn’t rock at all.

This grid will allow me to mount lights as well as microphones and cameras and more-easily  position them wherever I need them.  I also have six of the nine outlets controlled with a light switch allowing for easy switching of all the lights on or off.

I created a quick mock-up of how the lights and cameras might be attached.  In this photo I’ve got two LED lights aimed at the bandsaw, and two action cameras (similar to a GoPro) mounted on telescoping microphone stands.  This allows me to get the cameras right in there next to the blade while not causing me to modify the way I work in the slightest because of some bulky tripod legs.

I’m working on a video documenting how and why I created the light grid.  I’ll also be adding components to it as well, such as a jib for positioning a camera and some tracks for panning the camera around.