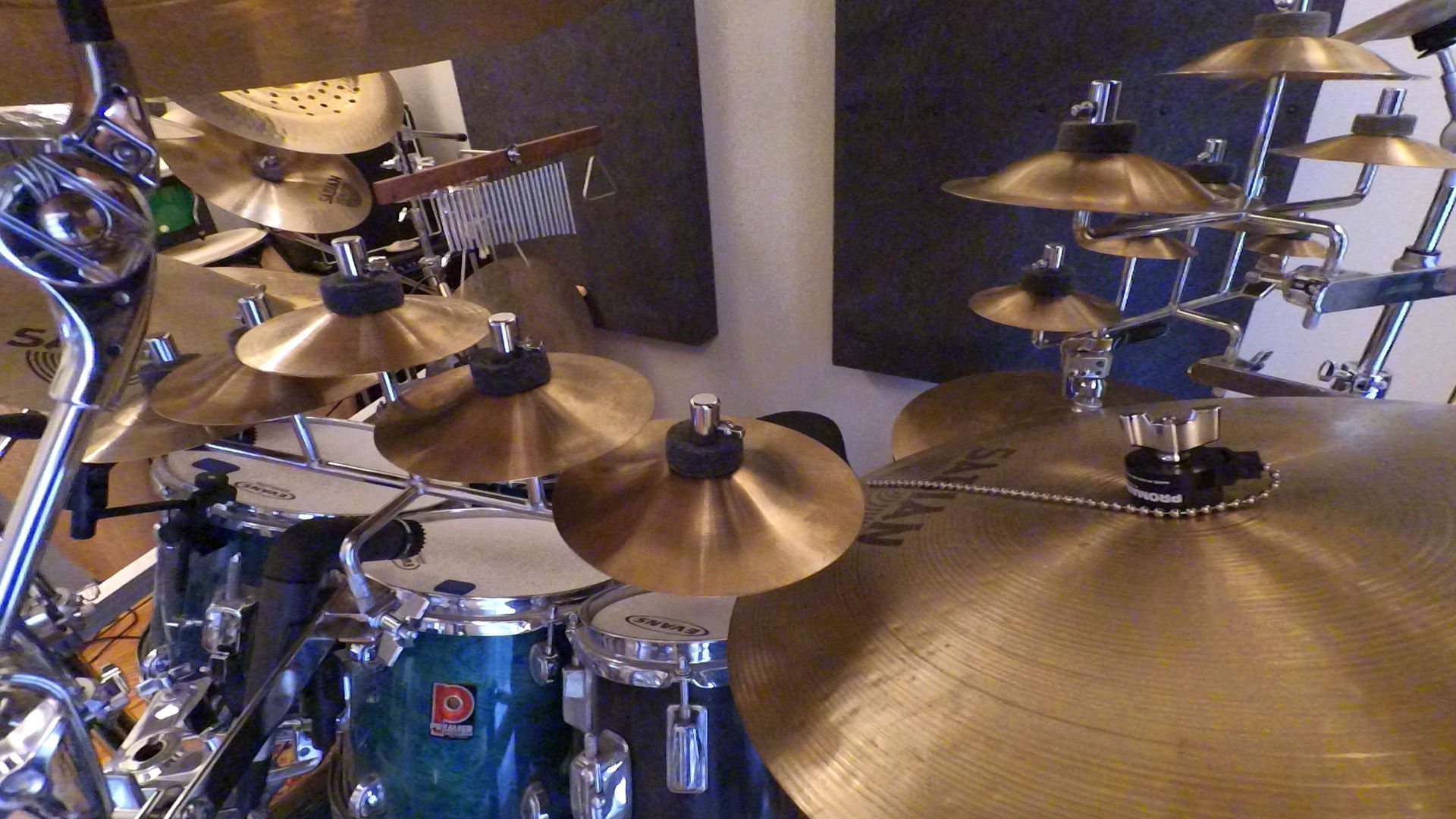 This weekend I managed to get time to record two more songs for Bright & Shiny.  The two songs are titled This Waiting and The End Holding Your Hand.

I was particularly happy to get The End Holding Your Hand recorded because of how I go about recording.  While I am working on a song, I listen to it repeatedly while I drive to-and-from work each day.  I use that time to write out different parts and memorize the structure of the song.

Unfortunately, I don’t get many opportunities to actually record since I need to get the family out of the house.  This means that I may sometimes end up listening to a song quite a bit before I get to actually record it.  In the case of this song, I listened to it repeatedly for over three weeks.  As you can imagine, I was pretty damn sick of it by the time I got around to actually laying down the tracks.

When I record, I also film.  I am working on videos of each song to compile into a mini documentary on the recording of the drums and percussion for this album.

I only have two more songs to record then I’ll be focusing on the auxiliary percussion.

Here are rough-cuts of the drum performance videos.  The drum tracks need to be mixed properly and the track I’m playing along with is only a temporary scratch track.  I’ll update them when I get a final mix of the songs. The End Holding Your Hand These drum tracks are a little more sparse than I typically prefer but that is intentional since I needed to leave space for auxiliary percussion.

Here’s an example of a song with finished percussion, although it isn’t a final mix.