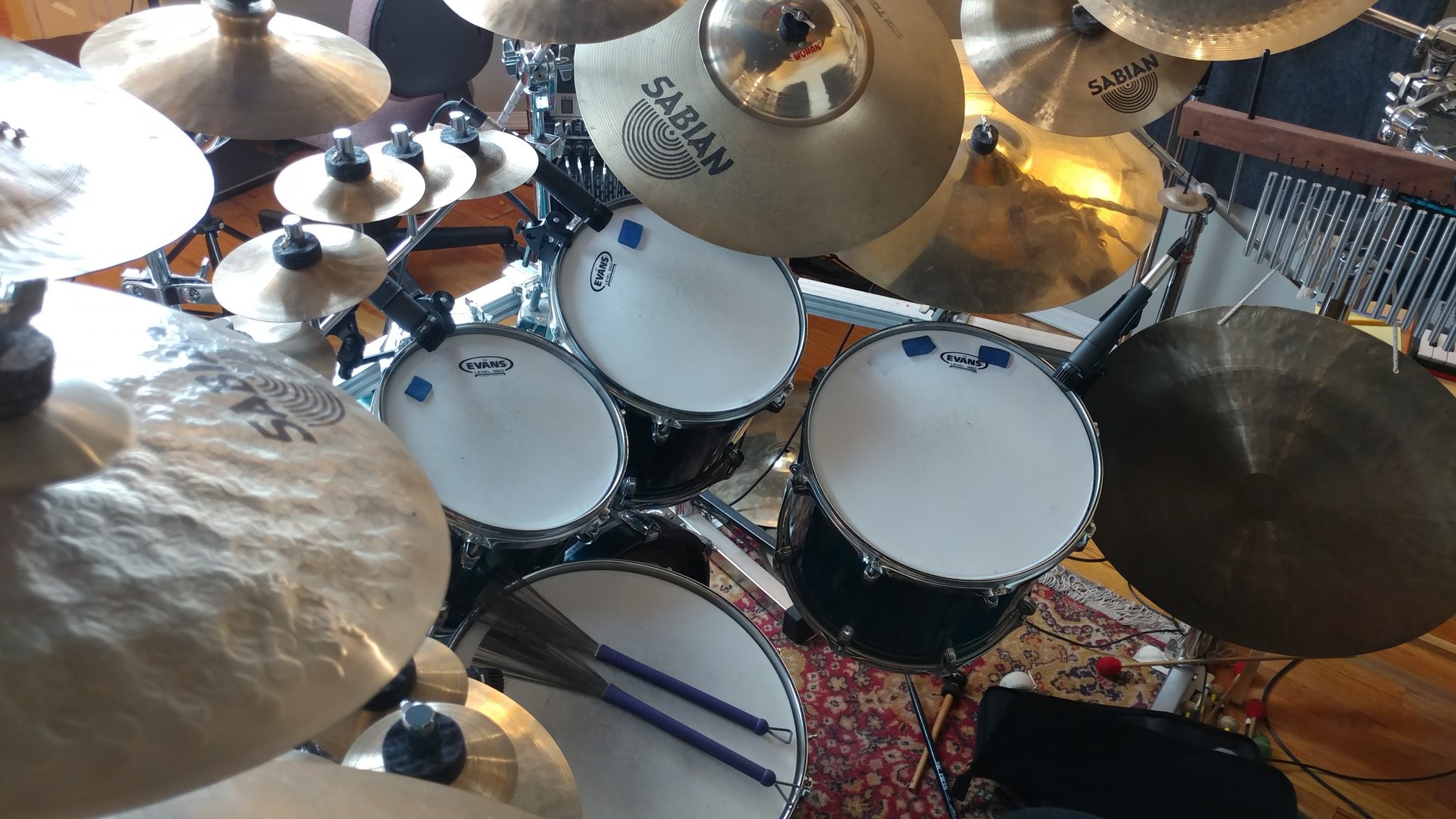 I’ve got several projects in the works and many more planned for the near future.  Below is a list and description of what I am currently working on.

I’m about halfway through recording the drum tracks for the upcoming album by Bright & Shiny.  The style of music has been described as “dark cabaret”.  I have a video of the various percussion tracks I recorded for the song Soothsayer that I may post soon, pending permission from the song copyright holder.

I will soon be recording and performing the drum tracks for the upcoming album by Jongwon Kim.  I will also be recording the bass guitar parts that will be performed by Kevin Cameron.  I actually already have several of the drum tracks recorded but I put that project on hold as it seemed that the song structure was going to be changing.

Here is one of the tracks that I performed.  I made a video of the recorded performance.

The Map of Alice

I have recently joined the project The Map of Alice.  This is a live band that performs improv gypsy jazz.  The band consists of two guys on acoustic guitar, myself on drums and my daughter Audrey on accordion.  We perform somewhat regularly in the Hillsboro area,  We are planning on doing some recording and video soon.  Their YouTube channel can be found here: https://www.youtube.com/channel/UCcJrxAe-Ol-VXn_HRz2DtYg

I have already performed a right-angle mod on one of my SM57 microphones.  I have several others that I will be doing this to.  I’ll be making a write-up on how to do that once I get a chance to actually do this.

I badly need to make new shop cabinets.  I threw these together a few years back without much thought to them other than making them a uniform width and easily swappable due to the cleat system installed in my shop.  They’re too shallow.  I’m making new ones that are 16″ deep and will have doors.

I’ve been long planning on making a new studio desk.  I’ve designed 9 different versions and I haven’t been 100% happy with any of them.  I have a few requirements that are making this challenging.

I’m getting closer to a final design.  I’m toying with the idea of designing it like a road case so I can pack it up and throw it in the back of my car and take it out for some remote recording.

Speaking of road cases, I’m going to design and build a more portable version for housing a mixer and any live gear.  I’ll keep you posted on any progress on this.