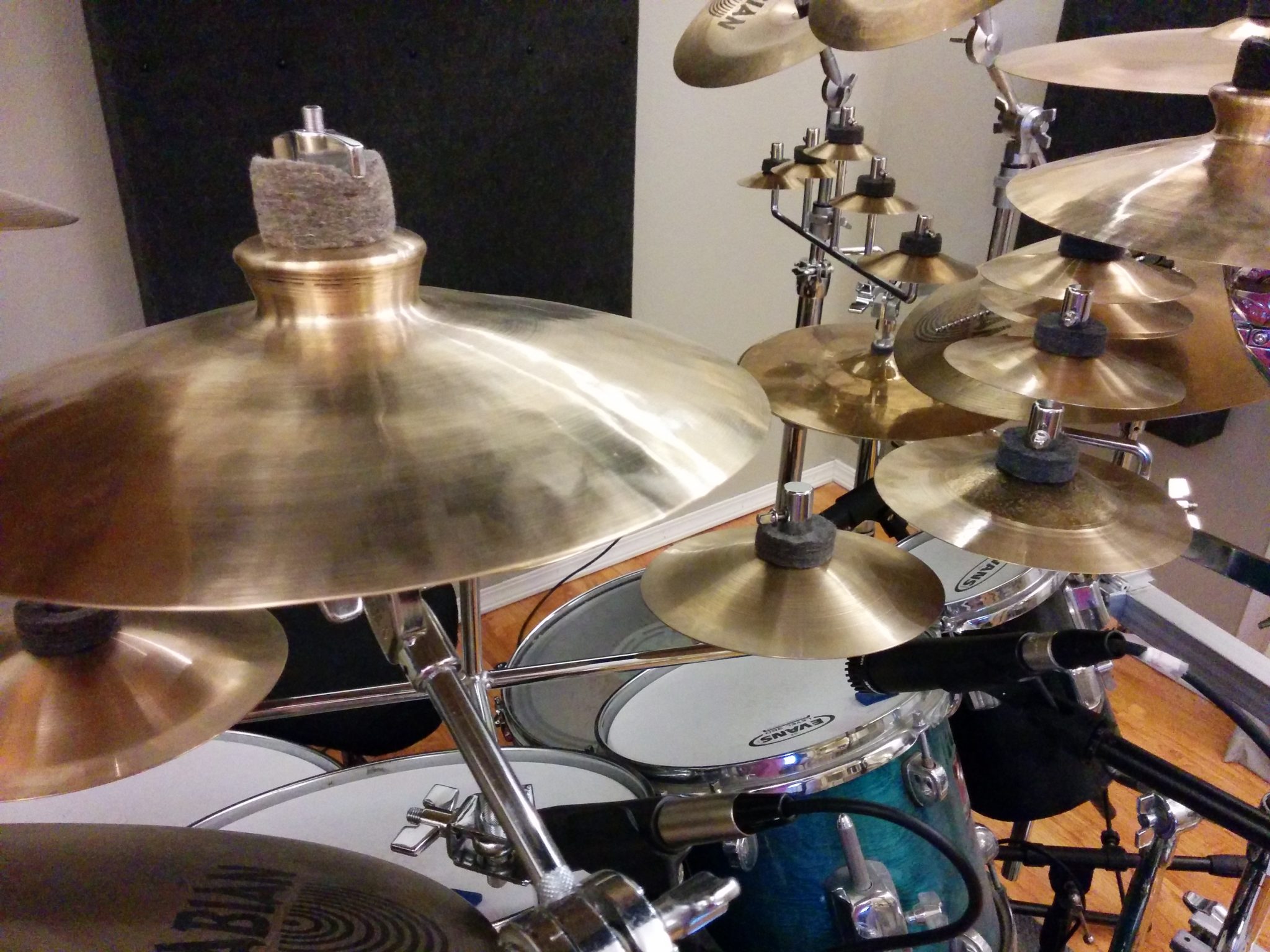 Every Time I Fall – Performance video

I recorded the drum tracks for Every Time I Fall, a song I’m working on with Jongwon Kim.

I have a somewhat peculiar way of recording.

I actually record the drum tracks a total of eight times, one after the other without any breaks in between.  Typically, the first two tracks are throw-aways.  I use them as a chance to warm up while also re-familiarizing myself with the structure of the song and the ideas that I wanted to incorporate into it.  The reason I like these takes to be recorded rather than just playing it a few times on my own is because I might spontaneously (or accidentally) play something that is just perfect for the song that I may not remember afterwards so it’s nice to have it documented.

I don’t actually expect to have a “keeper” take until the fifth or sixth time through the song.  Once I get these, I use them as my safety net.  Now I have two more takes where I can get crazy and try things that may not work but would be fun to at least attempt and listen to later.  These two takes are usually filled with screw-ups but every now and then I hear something that I really like and I will actually incorporate it into the song, either with editing or doing a few more takes.

On this particular song, I had gotten a keeper take by the fifth run-through.  The sixth and seventh were nice but didn’t really speak to me.  Then on the eighth take I just didn’t worry about anything and focused on just playing comfortably.  I wasn’t going for flashy.  It was just one of those moments where you realize you know the song well enough to play it without even thinking about it.  Actually, while I was doing this take, I believe I was thinking about a few metalworking projects I have planned.  In my subconscious I was just enjoying the song.  It was like background music that I was controlling.  This ended up being the take that I’m going to use for the final recording.

Anyway, here are a few videos.  I recorded the tracks in Ableton and didn’t do any real mixing or mastering other than the basic levels that I have set up for my drum recording template.  The first version includes the temporary guitar backing tracks.  The second version is only the drums.

Every Time I Fall (With backing tracks)

Every Time I Fall (Without backing tracks)