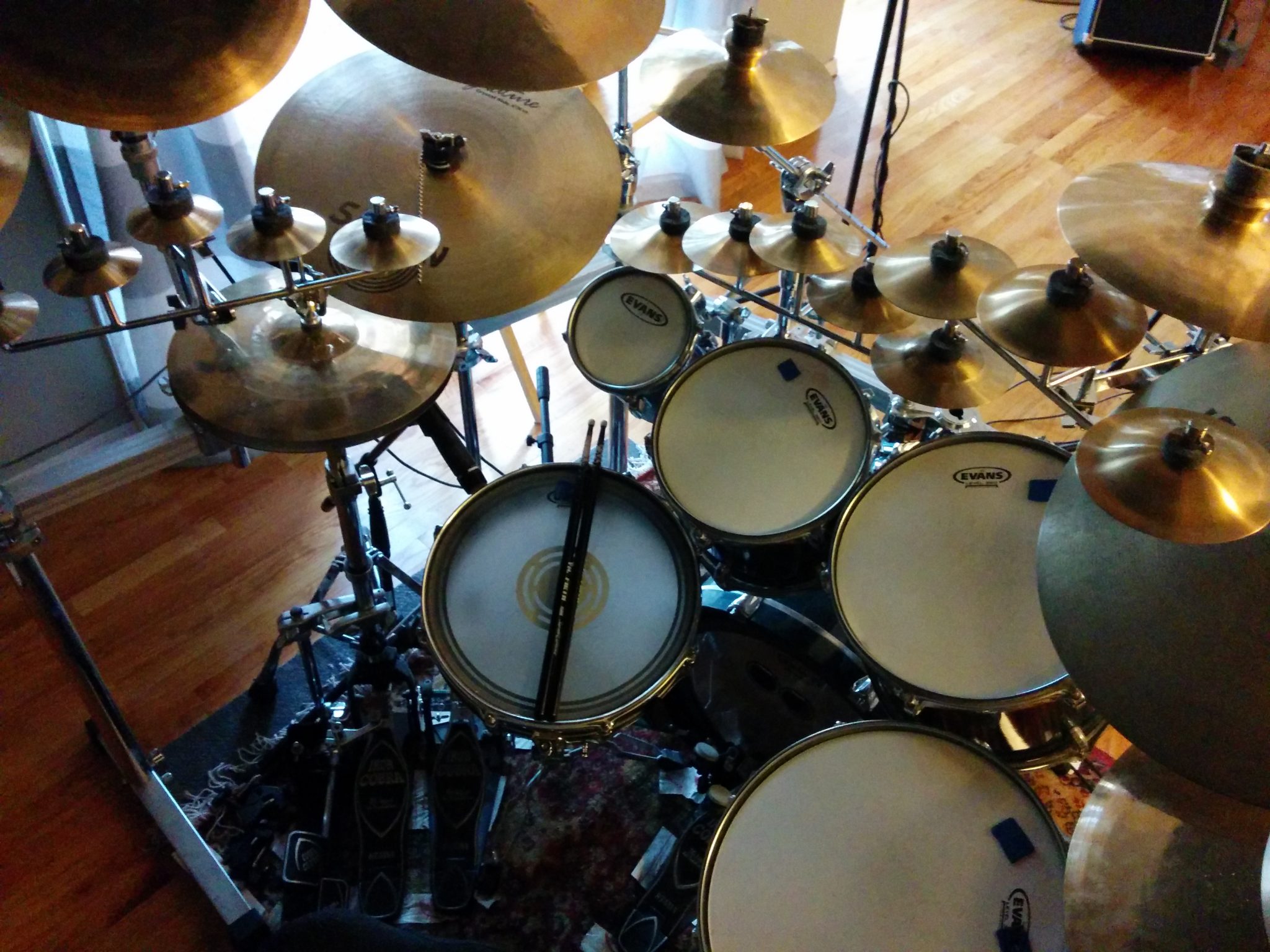 Recorded a few takes last night as we were writing our parts for a few songs.    In this I’m testing out some cymbals that I modified.  They’re cut down Wuhan Lion cymbals, which is Wuhan’s version of the China cymbals we’re more familiar with.  Personally I hate the sound of their Lion cymbals, but once you cut the flange off, they have a pretty nice trashy sound.

Here are some photos of the setup I used during the rehearsal.  The Lions are the weird looking ones.